We Are The Wolves Of War 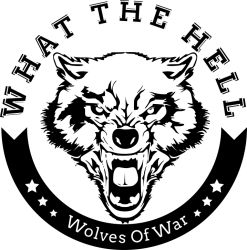 Here you can find everything you want to know about the WTH Gaming Community.
Who we are, what we do and what we stand for.

If you want to apply (18+), want to know us better or just want some fun games with us, click on the Discord link below.

WHAT THE HELL ARE YOU?

We are a group of people who like to play Hell Let Loose, called the WTH: What The Hell –Wolves of War. We consist of all types of people: Occasional and casual players, competitive players, admins, but most importantly people, who don’t take themselves too seriously. We want to have fun both in and out of the game and when it comes to it, to work as a team in HLL and not just a gathering of random individuals, who can never really enjoy the full potential of this game.

WHY SHOULD I JOIN YOU?

Public games can often be frustrating; Finding a good squad leader who is communicating, people for your squad who have microphones, listen to your orders and work as a team. With us, you can play with other like minded individuals, who are communicating, playing as a team and who just want to enjoy the game a bit more. Are you new to the game? Just let us know and we will help you to learn the ropes : Controls, game mechanics, basic and advanced tactics. With us you can learn much faster than you would do as an individual. Or maybe you want to try out the squad leader or even commander role? We can teach you how to approach these and provide a safe environment and feedback, so you can learn and grow at your own pace.

HOW SHOULD I JOIN YOU?

We would like to be an open and welcoming community, putting the least amount of obstructions between you and us. The fastest way to do so is to hop into our Discord, say hi and see who is playing at the moment and jump in the game with them – that´s it!

Have you played few games with us, you enjoy our community and you would like to become a part of the Team? You can become a recruit, which allows you to put on the (WTHr) tag, so the others can easily identify you in game and join you. Again, becoming a recruit is quite easy and straightforward – just go to our Discord, go to the #recruit-sign-ups tab and type @Recruiter and let us know you would like to join and we will reach out to you.

WHAT DOES IT TAKE TO BECOME A (WTH) MEMBER?

Everybody can join our group. To chat, hang around, ask questions, or jump into the battle with us. After you have played a few games with some of our members, you liked it and we got to know you a little and you are no more a total stranger to us, let us know together with the names of the players you have played with and you can become a recruit (WTHr). This tag will make you more recognizable in-game for the others and make it easier for you to squad up. It is also a small form of commitment to the community: We now expect your behaviour to be representative and aligned with our values (not being salty, toxic, aggressive, not a teamplayer etc). After some amount of time you can become a full (WTH) core member. This is done through vote and after one of the other core members submits your name. The easiest way to achieve this is not being passive, but rather proactive: Being active in the chat and game, coming with new ideas and proposals, participating in public events, helping to seed the server, reporting misconduct and generally being a team player. You have to be 18+ years old to join.

OK. IS THIS FOR FREE?

Yes! We are always looking for people because bigger and better team = more fun in game. Of course, there are costs for running the server and maintaining the website, but currently it is being paid by good will of certain individuals and strictly voluntary donations: Everybody can choose if, when and how much he wants to donate. But even a small donation can have a big impact, and is highly appriciated!

See you on the battlefield!

We are doing our best to give you the best WTH Gaming Community experience possible.

A few members are very busy with this. Day in, day out…

But this comes at a price. Renting a server costs money. Also does the hosting and maintaining the website.

Here we ask you to donate, so we can pay for some of the costs. It’s up to you if you want to donate, and how much. But remember that every little amount counts, and helps us out a lot!

Beside the unifying love for Hell Let Loose, we all like to play with and in an open minded and welcoming community. That is how WTH was created back in august of 2019. At this time, a small group of like minded gamers gathered around (WTH) Stewie who then created a place for meeting, chatting and organisation of games within Steam; the Steamgroup (WTH) What The Hell was founded. More and more people joined, being attracted by the loose structure and having the possibility to play organised but without any pressure. After a while, the first server was rented and an eventserver for special occasions such as f2p weekends or tournaments and trainings were added when needed.

While starting to play HLL in the Early Access period, we already wanted to form a  community based on values such as e-sportsmanship, commitment, loyalty and acceptance. We are proud of our community which gives dedicated gamers from around the world a home. We value a good time of action-infused and tension loaded battles on our servers as well as the intense and strategic events that get out carried against other clans.

We are welcoming, trustful and carnivores.

We Are WTH: the Wolves of War. 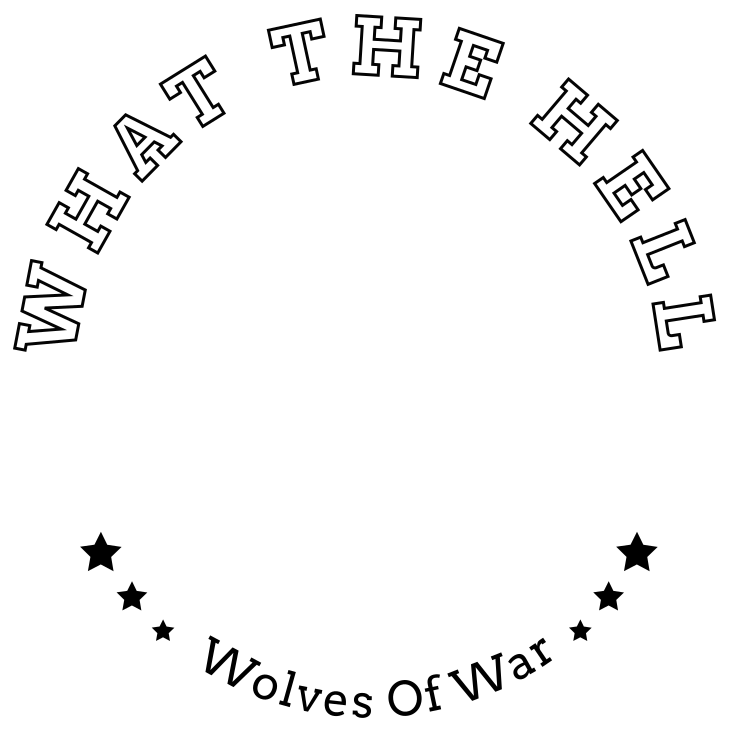 Got here by coincidence, but got curious about the game? 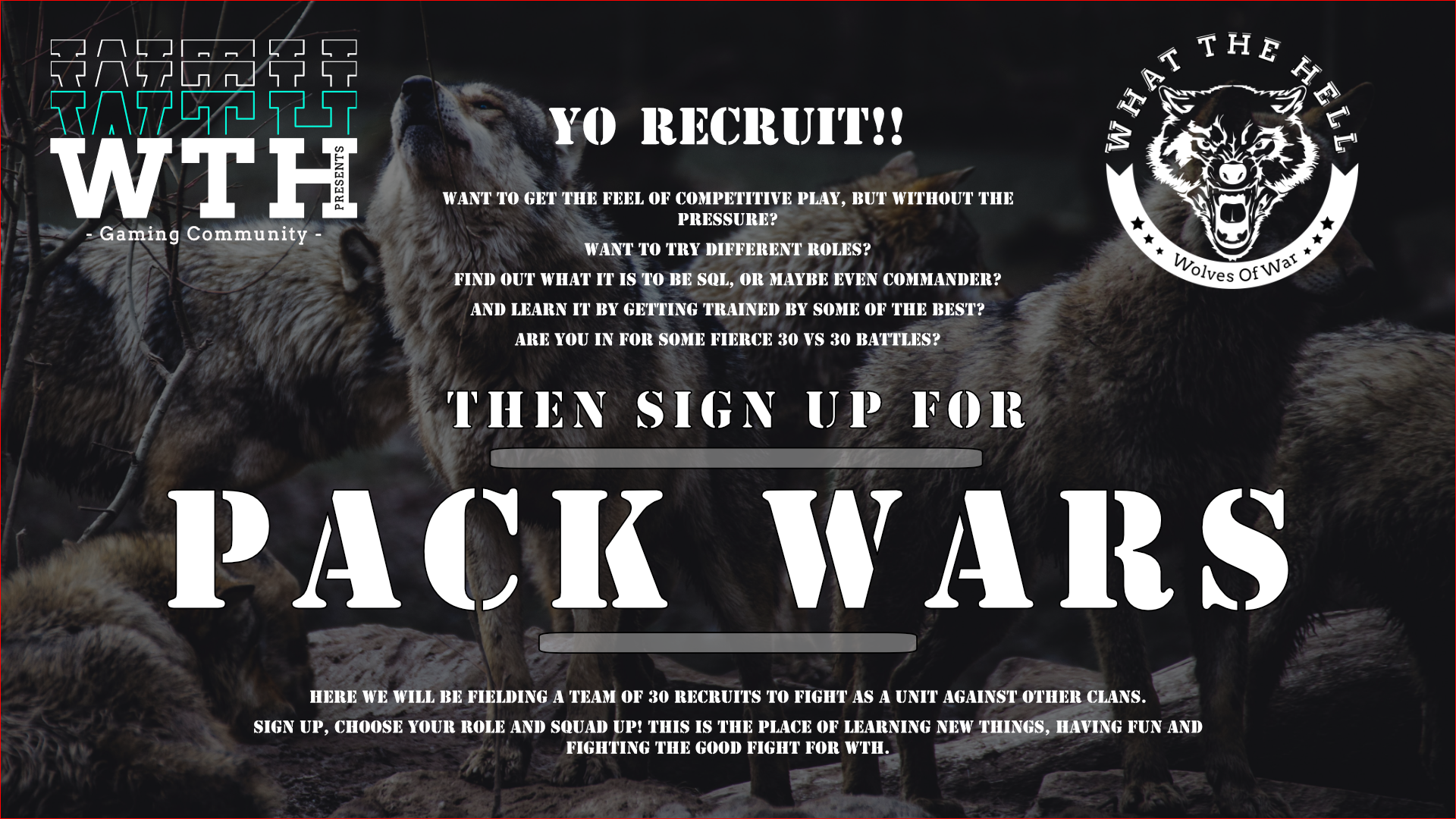 Want to get the feel of competitive play, but without the pressure?
Want to try and learn different roles?
Find out what it is to be SQL, or maybe even commander!?
And learning it by getting trained by some of the best players in HLL?

Organised by WTH especially for recruits or new players who want to get more out of the game. So sign up and get better!! 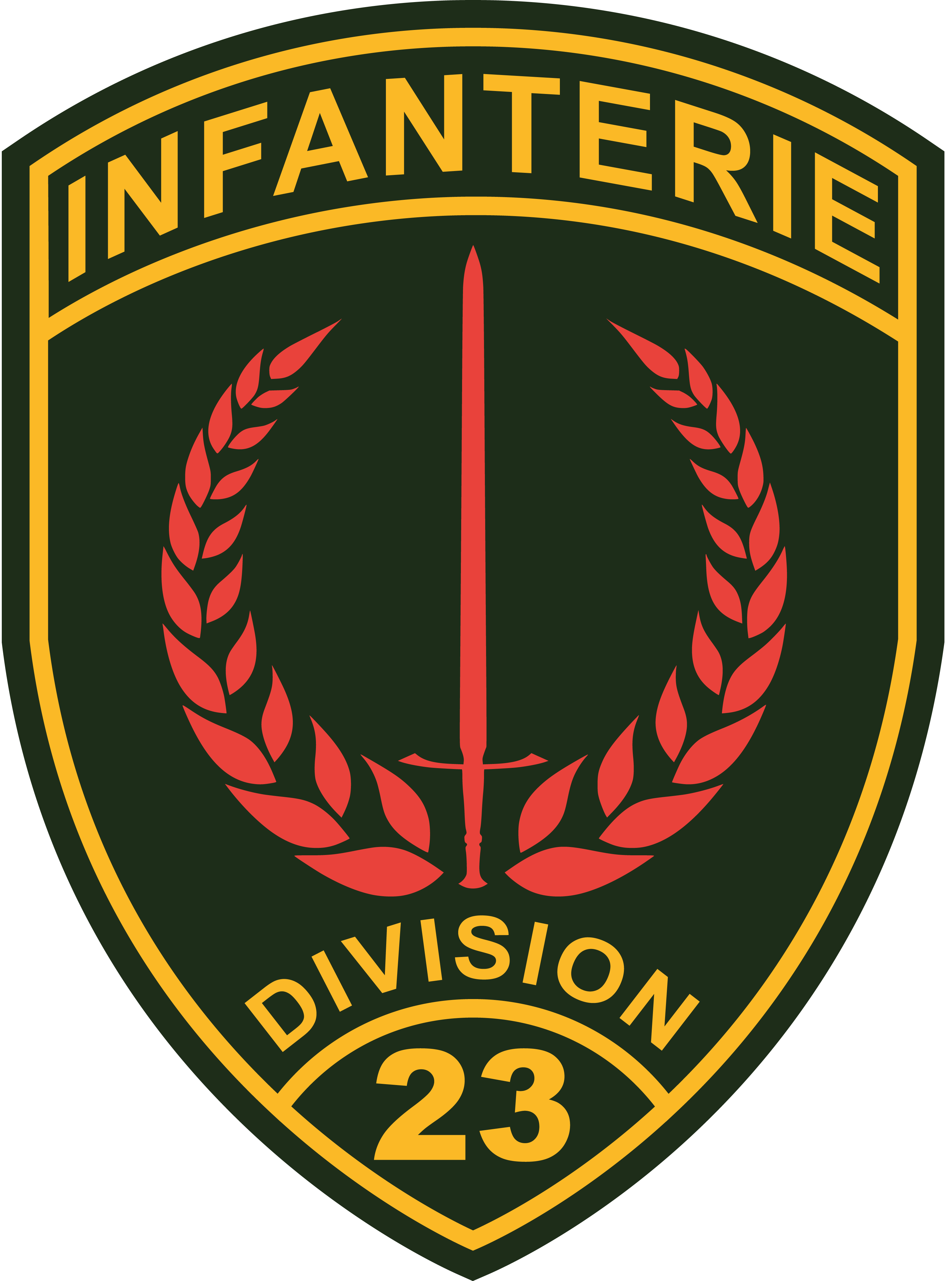 Organised by our friends of the 23. Inf. Division

Established squads, consisting of friends and groups, are elementary parts for these matches. They offer everyone the possibility to sign up with their squad, no matter if tank troops, infantry, artillery, reconnaissance or even as commander. It’s also a great way of training your skills in an competitive enviroment. 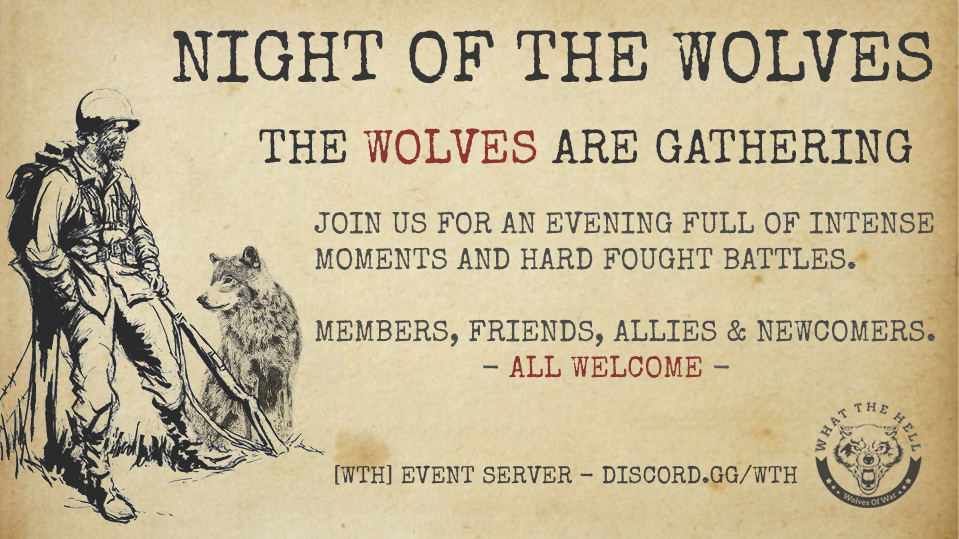 Night Of The Wolves

Fun event for all!!

We are hosting a new weekly event aimed to give players new and old alike a weekly structured 50v50 match!

Everyone is welcome and it’s a great opportunity for those not part of a clan to experience a brutal organised 50v50 match!